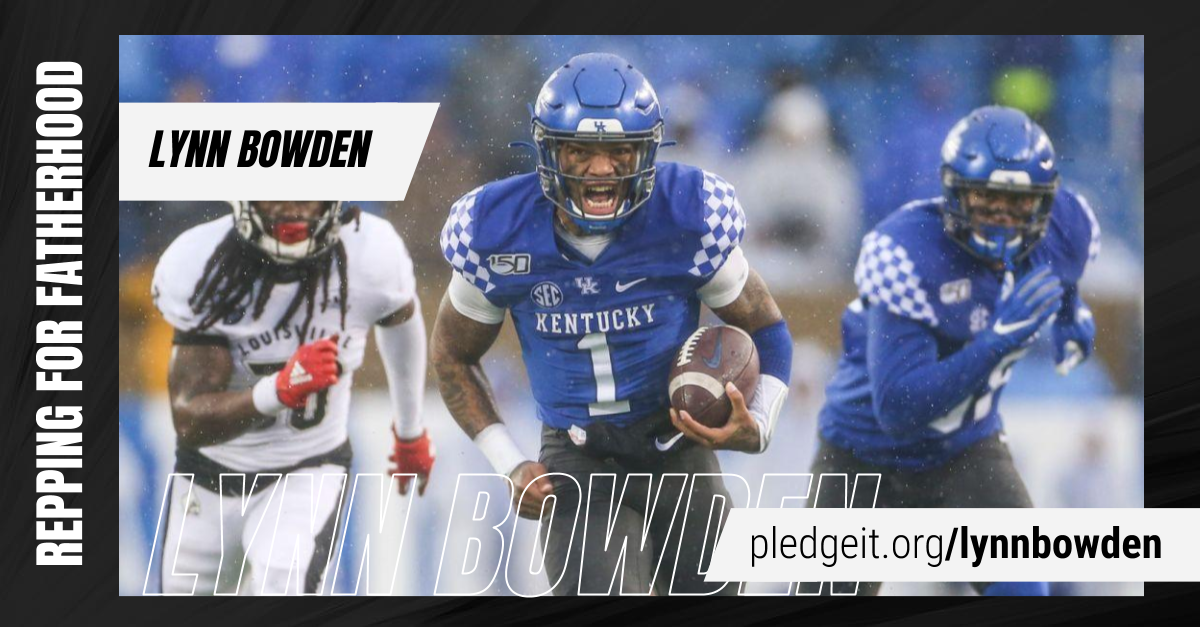 Atlanta, GA— For the fourth year in a row, Element Sports, one of the nation’s premiere NFL agencies, has partnered with Pledge It to give their recent signees the opportunity to use their performance at the NFL Scouting Combine and Pro Days to raise money and awareness for causes they care about. This year, former University of Kentucky Wildcats standout Lynn Bowden Jr. joined the campaign in support of Atlanta-based, Fathers Incorporated.

Fans and supporters helped Bowden Jr. raise a total of $1,875 through online donations that ranged from $6 to $130 for every bench press rep Bowden completed.

“Everything changed for me when my son was born. I became a new man. It was like I was given a second shot at life. My son means everything to me.” explained Bowden. “I have learned how important being a father is, but I also know how hard it can be, especially if you don’t have an example to follow. That’s why, as I take the next step toward achieving my NFL dream, I have made an important decision to use my performance at the 2020 NFL Combine to support Fathers Incorporated. Fathers Incorporated is an amazing organization working to build stronger families and communities through the promotion of responsible fatherhood.”

Established in 2004, Fathers Incorporated’s mission is to engage, equip and empower a community network of fathers and families by creating an environment of support, parental education and positive societal narratives to enhance inclusiveness and importance of modern fatherhood. As a result of their work, they have partnered with the U.S. Census with their #BlackDadsCount campaign and are happy to support the work of young, involved fathers like Lynn Bowden as he takes his talents to the NFL Combine to jumpstart a promising career in the NFL.

“When Lynn’s reps reached out to us to let us know of Lynn’s generosity, we were honored. It’s always great to see upstanding young dads make fatherhood a priority. Lynn is a great example of this and we look forward to his positive impact in the NFL” shared Kenneth Braswell, CEO of Fathers Incorporated

Established in 2004, Fathers Incorporated (FI) works collaboratively with organizations around the country to identify and advocate for social and legislative changes that lead to healthy father involvement with children, regardless of the father’s marital or economic status, or geographic location. For more information, please visit our website.